Never has discrimination looked so beautiful. Sometimes a fashion statement says so much more than “I’m fierce.”

When Dutch designers Mattijs van Bergen and Oeri van Woezik joined forces for EuroPride, they knew they wanted to contribute something that spoke volumes. As visual artists, it was important for that message to be conveyed through the power of a single image.

Or in this case, a single dress.

While the skirt was constructed of flags from countries where being gay is illegal, the bodice of the dress was constructed from the three flags of the city of Amsterdam, so as to honor “the free spirit of Amsterdam and the safe shelter Amsterdam provides for lesbian and gay people all over the world,” said Van Woezik in an email.

After Amsterdam’s annual Pride Parade, Arnout van Krimpen and Jochem Kaan of the COC Amsterdam (a Dutch organization for LGTBQ rights) reached out to them and asked if they could do something interesting with Amsterdam’s flags. Van Bergen and Van Woezik had been friends for years, and they saw this as the perfect opportunity to put their creative minds together and build something truly unique. 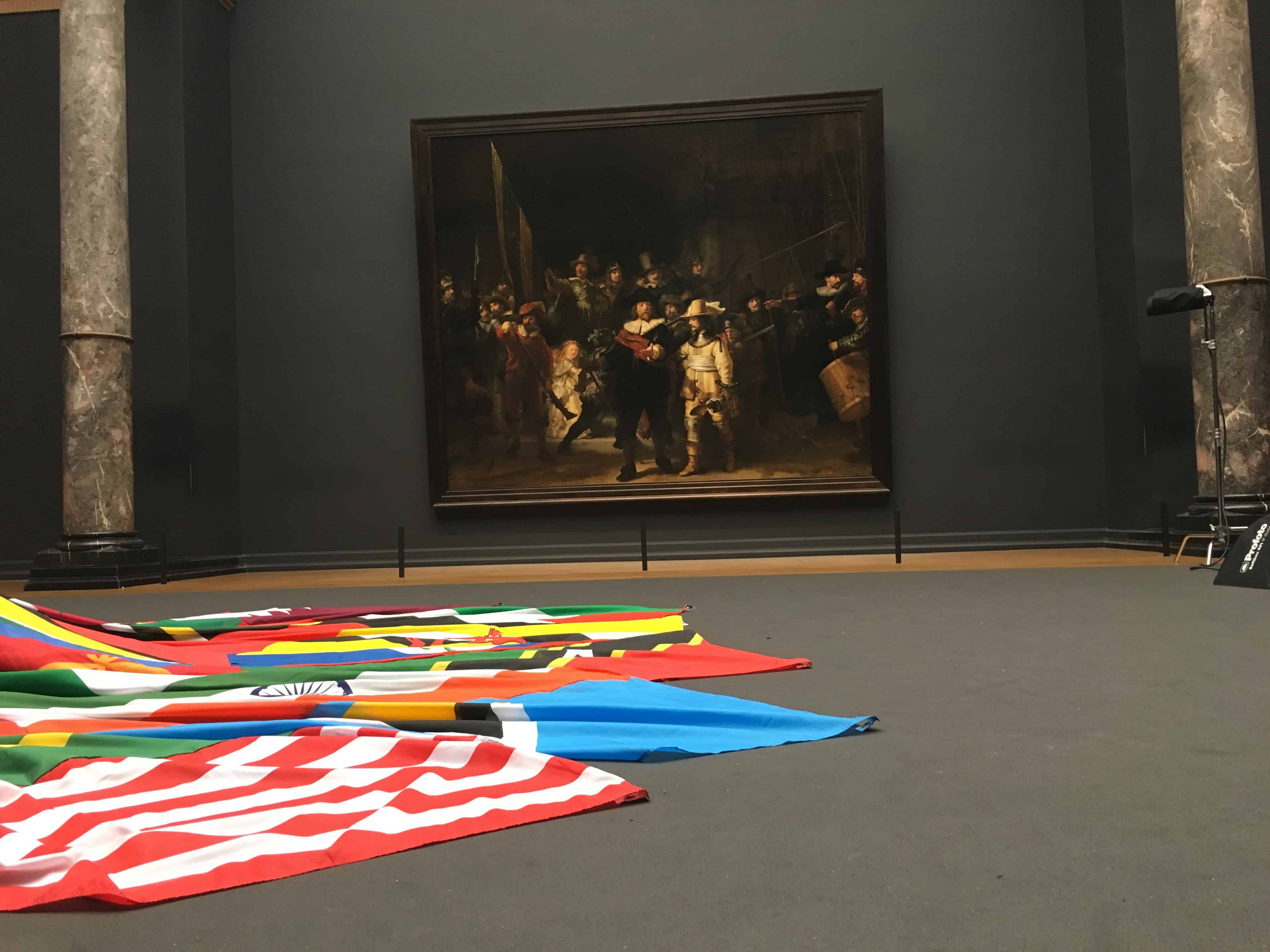 The concept of the dress is to take the idea of freedom of expression and turn it into a mirror that shows where in the world the freedom to be LGBTQ is lacking.

“Mattijs, Arnout, Jochem and I felt the need to do something impactful in the context of our craftsmanship. We all live in Amsterdam which considers freedom of speech and expression a universal right for everyone,” wrote Van Woezik.

Of the 72 countries represented on the skirt of the Rainbow Dress, 10 consider homosexuality an offense that can be punishable by death. In Yemen, married men can be sentenced to death by stoning for having sexual intercourse with a man. In Qatar, Muslims can be put to death for extramarital sex of any kind. According to a 2014 report, certain homosexual acts can be punishable by flogging, a fine, or prison time in Sudan.

As a port city, Amsterdam has always been a safe haven for people from all backgrounds and of all orientations. The dress is meant to be a reminder to citizens that while the country encourages freedom of self-expression, its citizens should also be proud and supportive of that message.

Such freedom should not be a privilege that only some countries’ citizens get to enjoy — it should be a given. Hopefully this bold statement will get the necessary politicians to say “yes” to the dress.