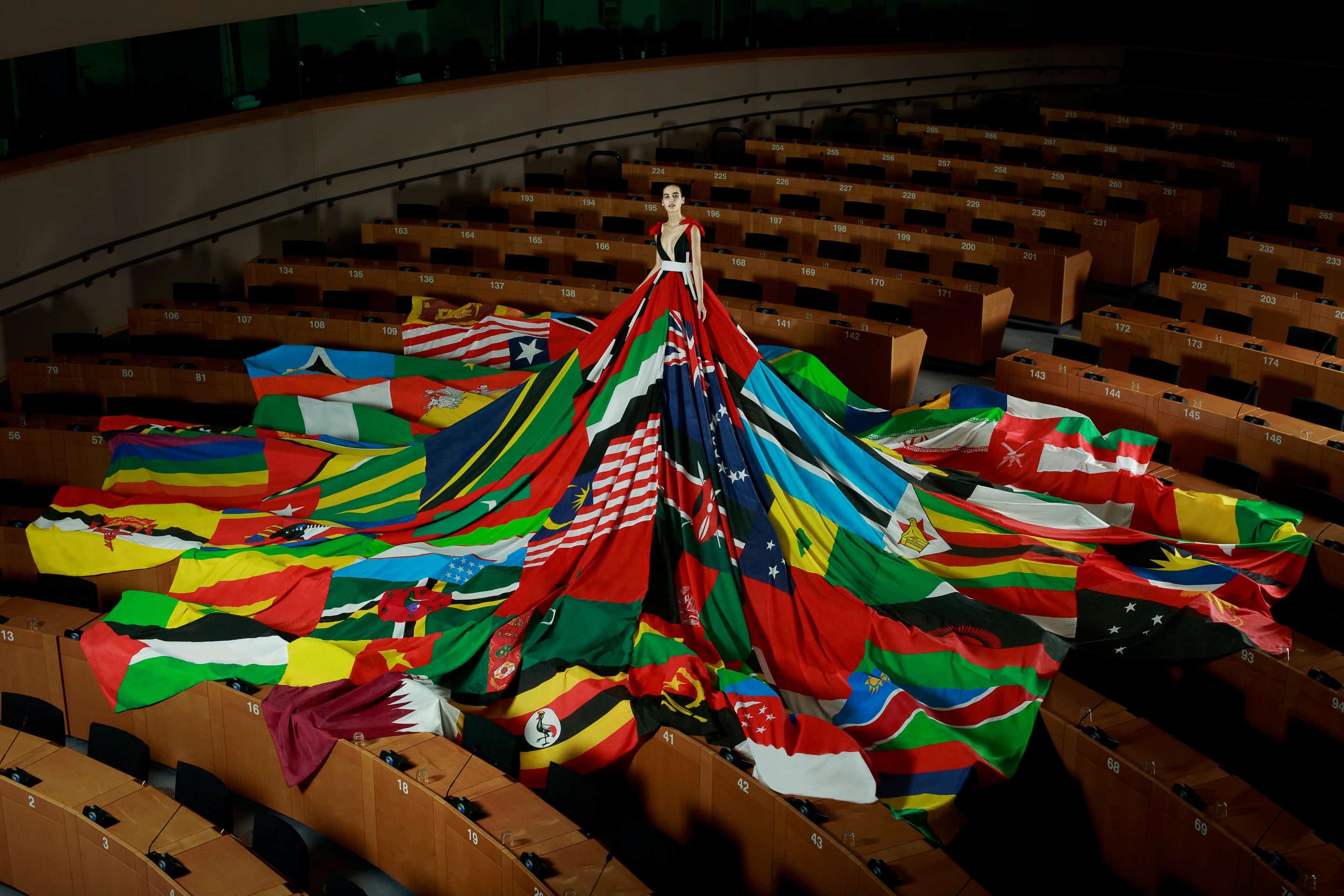 Immediately after the presentation of the Amsterdam Rainbow Dress in 2016 and the wave of publicity that this attracted, requests came in for the dress to be exhibited in different locations worldwide. The Amsterdam Museum expressed an interest to include the dress and its further development in the museum’s collection.

Laying the groundwork to create a lasting impact

Based on the message of the Amsterdam Rainbow Dress, the Foundation develops and provides educational presentations and actively seeks other channels to spread its message in an appropriate manner. The aim is to generate attention and awareness for the position of LGBTI+ persons in countries where the sexual orientation of LGBTI+ is included in the criminal code, to help improve their position, to combat discrimination and to promote general awareness concerning anti-LGBTI legislation.

The rise and decline of LGTBI+ rights worldwide

In addition, the foundation generates awareness for the position of LGBTI+ people worldwide, with an emphasis on LGBTI+ refugees.

Now more than ever, there is a necessity to focus on LGBTI+ rights. Over the past few decades, a lot has been achieved, people have fought, marched and stood up for what is right, but there is still so much to achieve. Diversity and inclusiveness have always been of the greatest importance, but with recent developments (such as ‘concentration camps’ for gay men in Chechnya, public torture in Indonesia, illegal anti-gay propaganda legislation in Russia, LGBT free zones in Poland, the reinstatement of homosexuality as a punishable offence in Chad and so on, as reported by the international press), a negative development is visible on the geopolitical and social levels. There is, by far, not enough attention for homophobia, lesbophobia, biphobia and transphobia, and for those who suffer as a direct result.

The Foundation tries to lower the threshold for people to engage in dialog about state-sponsored homophobia, transphobia and the LGBTI+ community, providing more awareness of the current situation on local and global levels alike.