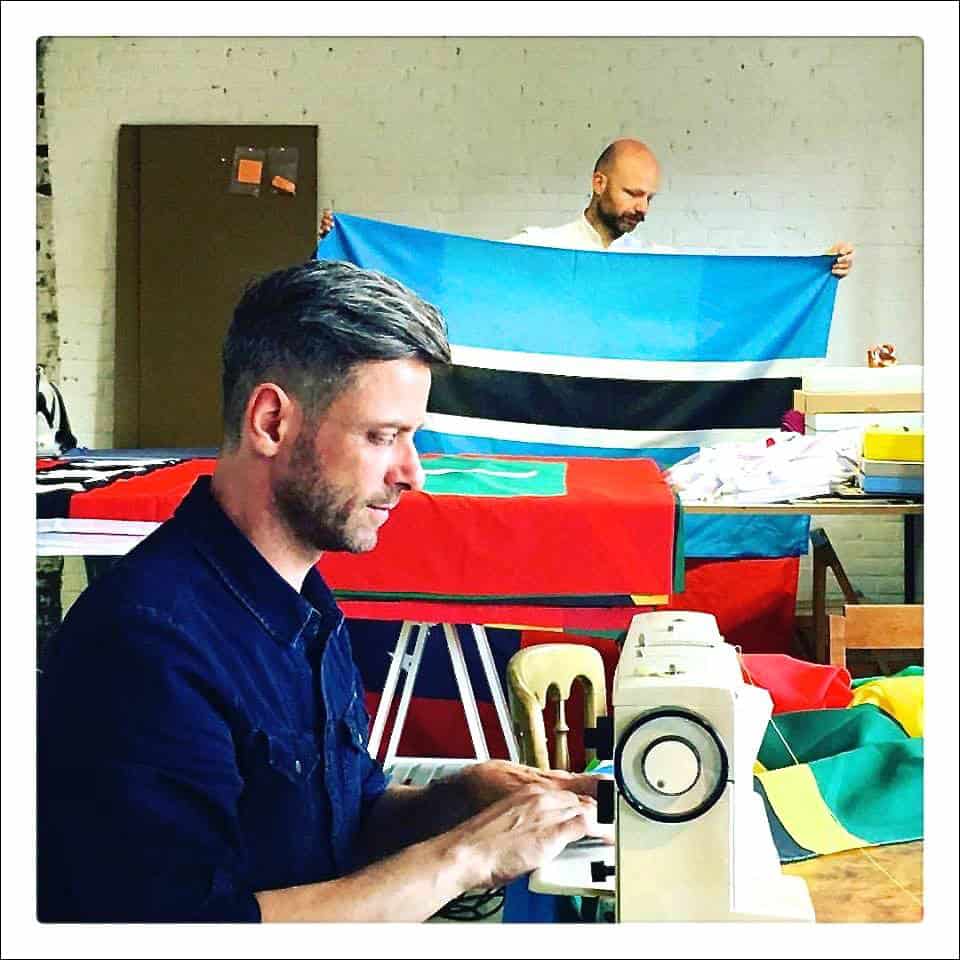 A team of Dutch designers has created a dress made with the flags of 72 countries where being LGBTQ is still illegal, and in some cases could get you killed.

Fashion designer Mattijs van Bergen and spatial designer Oeri van Woezik collaborated on the Amsterdam Rainbow Dress, along with LGBTQ rights group COC Amsterdam, and in conjunction with EuroPride festivities. It was unveiled at the COC Shakespeare Club in the Amsterdam Museum on Friday.

The bodice of the dress, worn by transgender model Valentijn de Hingh, is made from the Amsterdam flag. Amsterdam is known as an overall welcoming place for LGBTQ people. The Netherlands became the first country in the world to legalize same-sex marriage, in 2001. The Equal Rights Law, enacted in 1993, banned discrimination on the basis of sexual orientation in housing, employment, public accommodations and more. Transgender individuals are allowed to legally change their gender, although protections on the basis of gender identity and expression have not yet been enacted countrywide.

The rest of the 52-foot long dress is made up of the flags from the 72 countries where being LGBTQ is illegal, including ten countries that have the death penalty for homosexuality, such as Iran, Iraq, Saudi Arabia, Sudan and Yemen.

After Amsterdam’s annual Pride parade, Arnout van Krimpen and Jochem Kaan of COC Amsterdam reached out to Bergen and Woezik to see if they could do something interesting with Amsterdam flags, Upworthy reports.

Van Bergen and Van Woezik working on the dress. Image by Jochem Kaan.

If a country should change its laws, legalizing homosexuality, then they will update the dress by adding a rainbow flag in the place of that country’s flag, reports COC Amsterdam.

“Historically, Amsterdam has always been a safe haven for those who were not safe because of their ideas or because of who they were,” Chairman of COC Amsterdam Peter de Ruijter told The Huffington Post. “We wanted, however, to give an activating message, that this role as a safe haven is not automatic. It needs to be supported and upheld by the Amsterdam citizens from a shared understanding of equality for all…Given the current influx of refugees from the Middle East and Africa the dress signals to the Amsterdam citizens: contribute, involve yourselves, connect.”

Watch video of the dress being modeled and photographed below.

De Hingh also gave a TED Talk several years ago about the gender dichotomy and her decision to have gender reassignment surgery. Hingh was the subject of a television documentary, Valentijn, following her life as a transgender child, from the ages of 8 to 17.