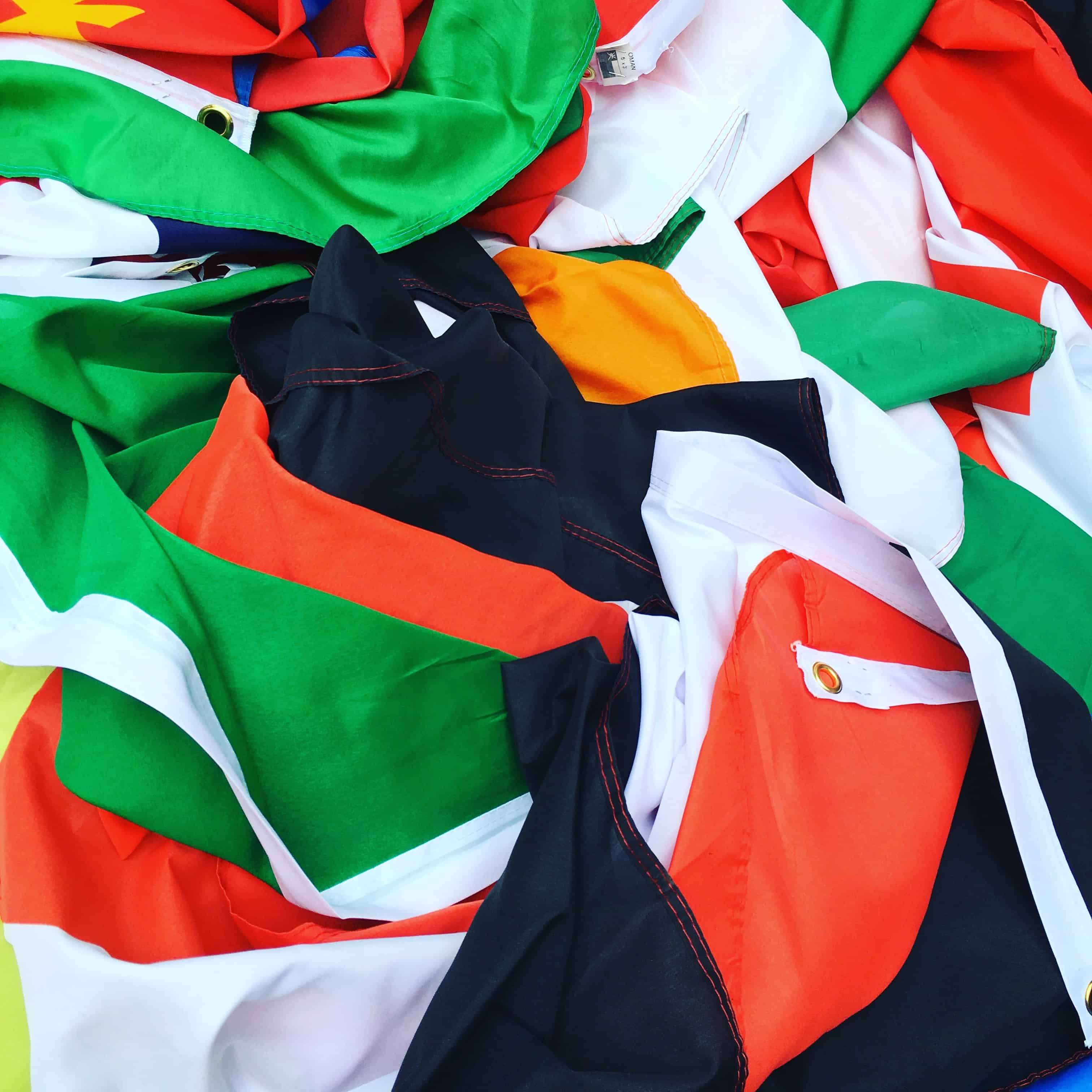 In an attempt to raise awareness of homophobia around the world, one trans model wore a gown made of flags representing each country where homophobia is the norm. Collected by the COC, a Dutch organization that fights for equality for the LGBTQ community, the flags were compiled to prove that fashion can, and does, change the world, especially when brave people like trans model Valentijn De Hingh are willing to put themselves on the line.

Why this dress matters

Designed by Mattijs van Bergen and artist Oeri van Woezik, the dress is the most beautiful form of a call-out probably ever. According to Style.Mic, it raises awareness of the 72 different countries where homosexuality is against the law, and of the simple fact that, internationally, homophobia is still a *major* issue. Even as we make progress, there is so much to be done, and it’s all too easy for us to forget our role in ending homophobia once and for all.

Worn by model, DJ, and trans advocate Valentijn De Hingh, the dress is *so* much more than just a dress. It’s a statement that says, do better.

The iconic image’s photographer, Pieter Henket, explained the reasoning behind the photograph.

”I then was asked to come on board to create a image. And where best to do that then in front of one of the most beautiful paintings in the world ‘the night watch’ by Rembrandt in “Het Rijksmuseum.’”

The dress didn’t come easily. It took a lot of work, Henket wrote in the Instagram post, but it was *by far* worth it.

”Everyone spend a crazy 4 days of pre and post production but we did it and we delivered,” Henket explained. “I am more then proud to present the beautiful Valentijn de Hingh in the Rainbow dress in the Honor gallery of ‘Het Rijksmuseum.’”

We have to keep talking about queer and trans rights

The dress, in a word, is stunning. The fact that it was released in honor of Euro Pride is incredible, because the move recognizes that, as lovely as Pride is, it isn’t the end of the fight for equality. The team announced that they will replace each country’s flag with a rainbow flag as they improve the state of LGBT rights in their countries.

”Every country that changes its legislation will have its flag replaced by a rainbow flag,” De Hingh wrote on Instagram. “Let’s hope this dress will represent a patchwork of rainbows sooner rather than later!”

We also totally, totally hope progress continues to be made. Even home in the U.S., trans women are being murdered at an alarming rate (and, when mainstream media bothers to cover it, they are often misgendered), and the mental health risk among bi women has been called “disturbing.” While marriage equality is awesome (because, duh), we still have to keep fighting for justice for everyone.

”Happy pride everyone!” Henket wrote. “Let there be Love!”