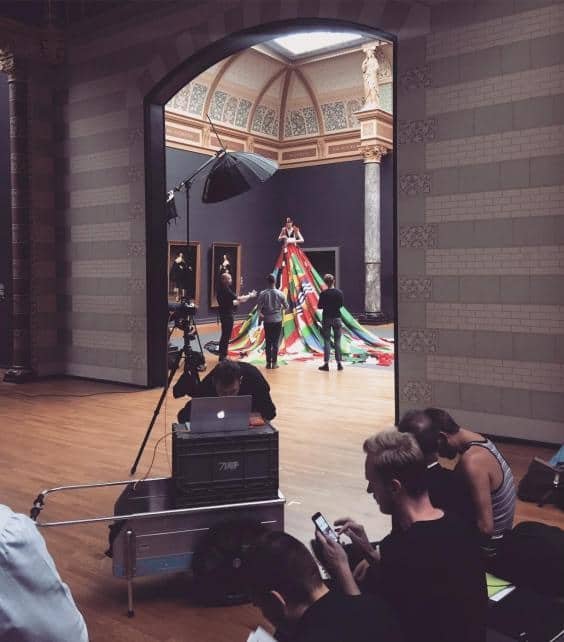 For Europride 2016, this fantastic flag dress was created to show how far we still have to go for LGBTQ rights around the world.

Images of a dress made from the flags of countries which still ban homosexuality, have already been shared 1000s of times.

In a post to Instagram, the photographer Pieter Henket explained that the dress is made up of 72 flags for the 72 countries in which homosexuality is still banned. In 12 of these it comes with the death penalty.

The flags were part of the opening march of this year’s Europride, and they were then collected by Cultuur en Ontspanningscentrum (COC), the oldest centre for LGBTQ rights in the world. COC joined up with designer Matthijs van Bergen and the artist Oeri van Woezik to create the dress. The dress was modeled by Valentijn De Hingh, the first transgender model to be signed by IMG models, and also Europride’s first trans ambassador.

The shoot took place in Amsterdam’s prestigious Rijksmuseum, in front of the Rembrandt painting commonly known as the Night Watch (1642). 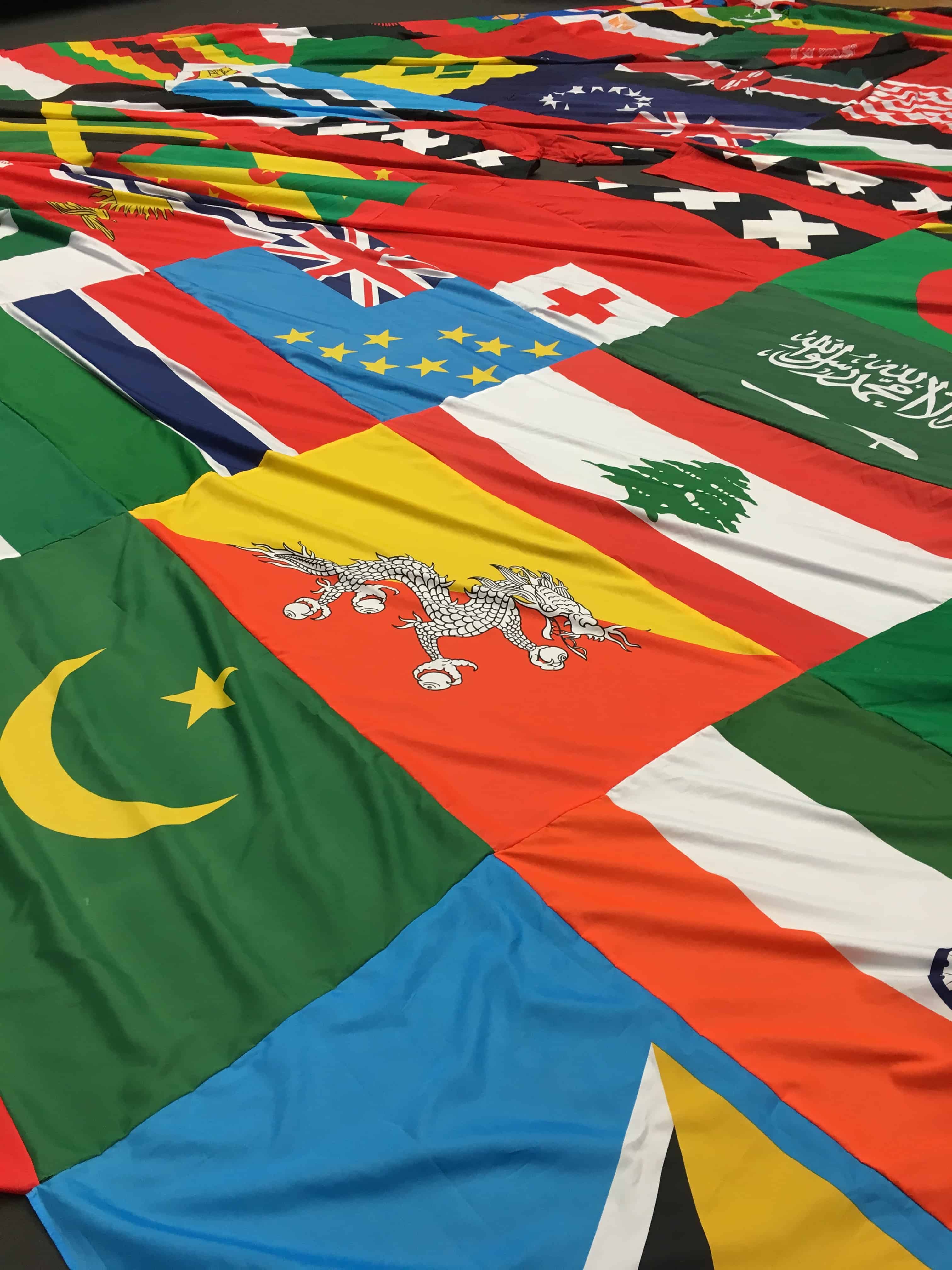 Speaking to Indy100, the designer Mattijs van Bergen explained how he and spatial designer and artist Oeri van Woezik came together for the project.

Arnout van Krimpen and Jochem Kaan with the COC Amsterdam asked us… to develop a concept and find a new destination for those national icons… The gay pride is of course about cheerfulness and party. But it is also a moment of explicit consideration and reflection. Oeri, Arnout, Jochem and I felt the need to do something impactful in the context of our craftsmanship. We all live in Amsterdam, the capital of the Netherlands which considers freedom of speech, expression as a universal right for everyone.

He described the other parts of the rainbow dress, which in addition to the national flags include the flags of the city of Amsterdam.

In our Amsterdam Rainbow Dress we wrap the cruelty of restricting ones happiness by prohibiting free choice of love, in beauty and elegance. The body of the 52 feet long dress is made out of the flags of the city of Amsterdam, with the three st. Andrew crosses. Honoring the free spirit of Amsterdam and the safe shelter Amsterdam provides for lesbian and gay people all over the world.

Van Bergen also discussed the strength of the collaboration.

The co-operation between COC, Oeri van Woezik, Pieter Henket as a dutch well known photographer and the Rijksmuseum appeared to be a powerful combination. The model… in front of the world famous painting Night Watch of Rembrandt went viral all over the world.

The dress is intended to be a living art work. As well as a reminder of how far the world still has to go to achieve equality before the law for all people, the intention is for the dress to be updated as the laws against homosexuality are changed. Writing on Instagram, Valentijn de Hingh explained:

Every country that changes its legislation will have its flag replaced by a rainbow flag. Let’s hope this dress will represent a patchwork of rainbows sooner rather than later!