A Dutch designer is making waves across the internet for a dress, designed in conjunction with EuroPride festivities, which is making both a fashion and political statement about lesbian, gay, bisexual and transgender (LGBT) rights on a global level.

Dutch fashion designer Mattijs van Bergen and spatial designer Oeri van Woezik presented the Amsterdam Rainbow Dress on Friday, which was created via a collaboration with Amsterdam. The bodice of the dress, worn by transgender model Valentijn de Hingh, was made with the image of the Amsterdam flag. 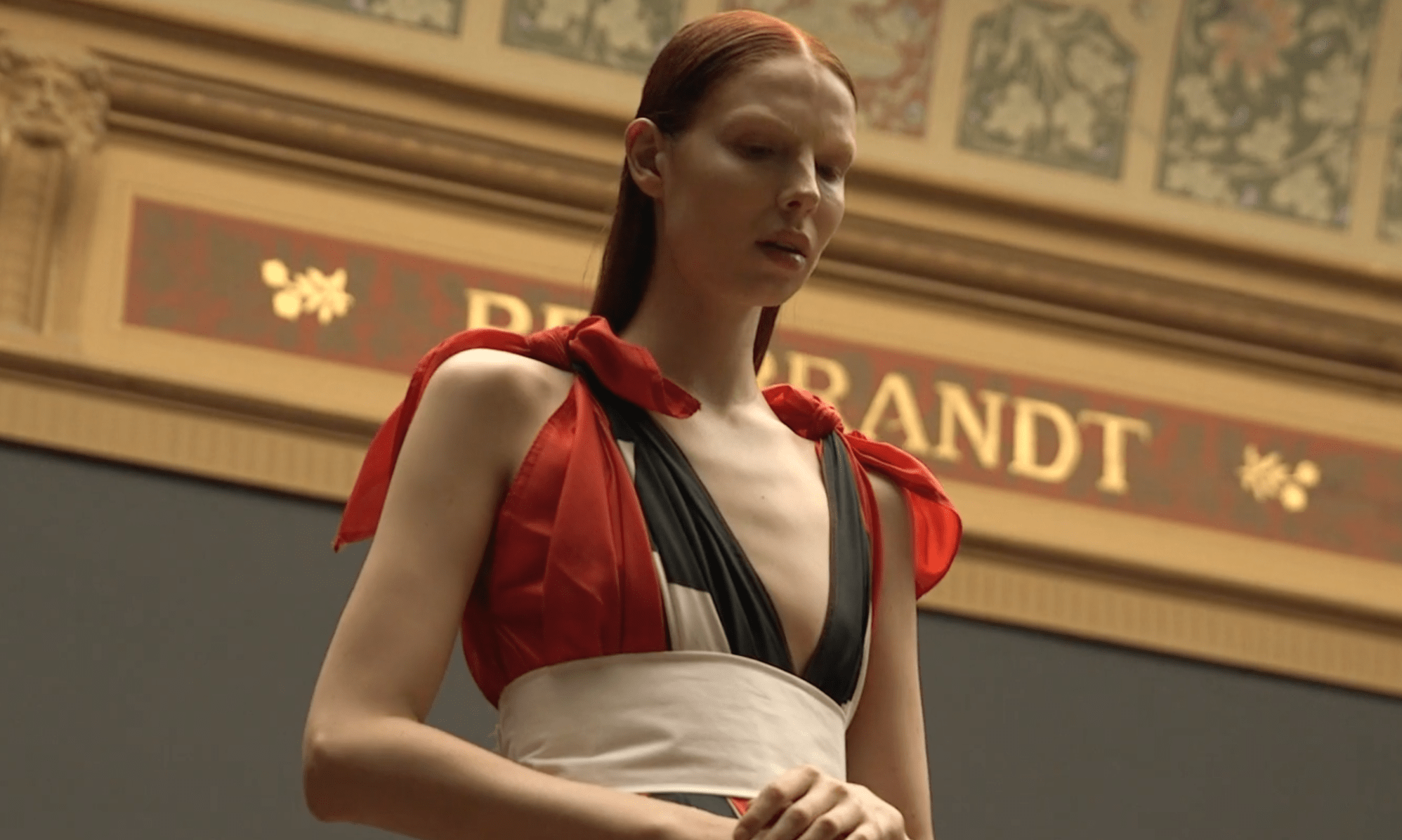 The capital city of the Netherlands is known to be a safe haven for queer people. However, the rest of the gown is composed of flags from 72 countries around the world where it is illegal to be gay.

“Historically, Amsterdam has always been a safe haven for those who were not safe because of their ideas or because of who they were,” Chairman of COC Amsterdam Peter de Ruijter told The Huffington Post. “We wanted, however, to give an activating message, that this role as a safe haven is not automatic. It needs to be supported and upheld by the Amsterdam citizens from a shared understanding of equality for all… Given the current influx of refugees from the Middle East and Africa the dress signals to the Amsterdam citizens: contribute, involve yourselves, connect.”