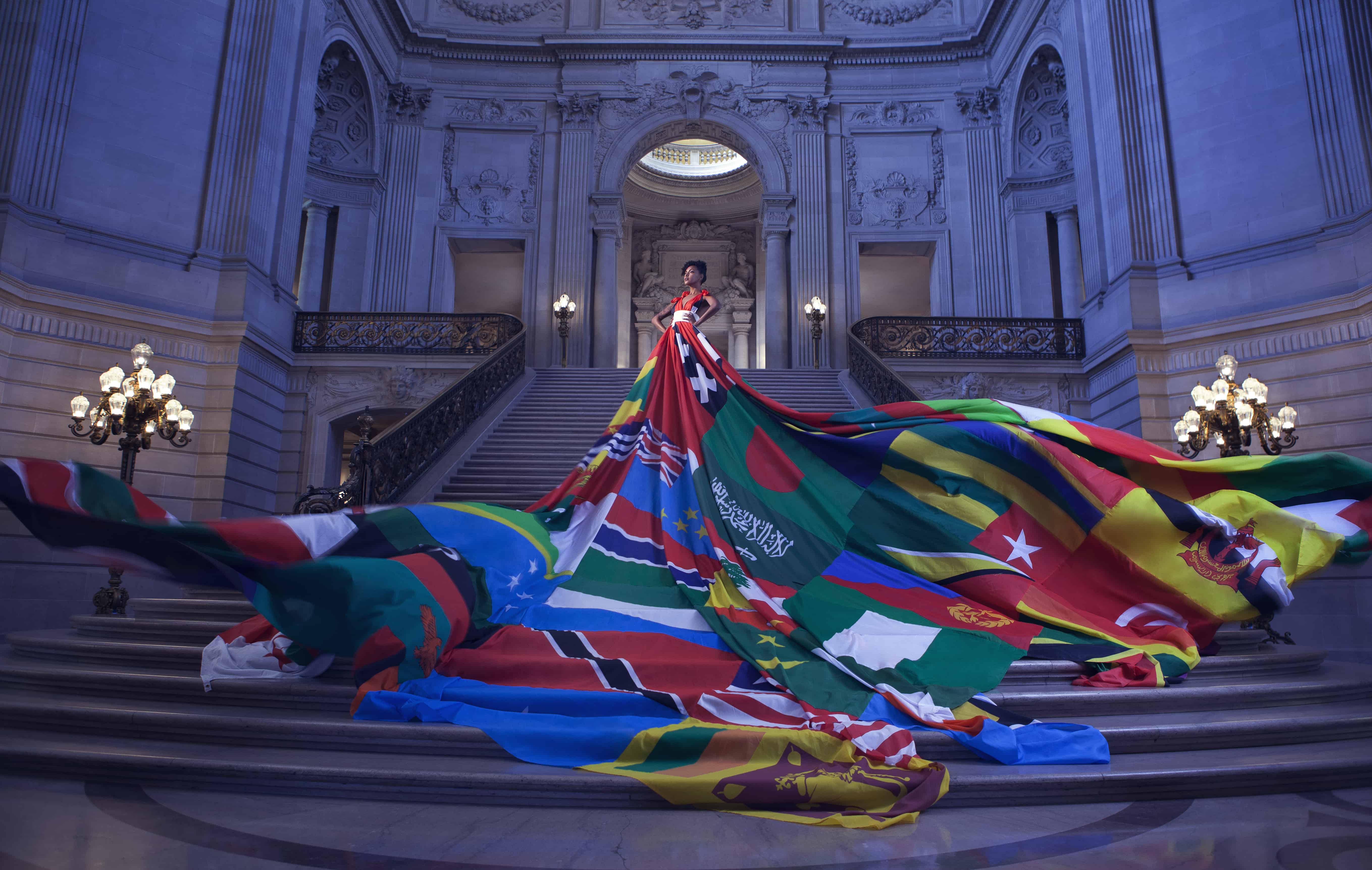 What started as a creative idea, sparked conversations and inspired the world.  Four year ago, during the 2016 Amsterdam Pride, the Amsterdam Rainbow Dress saw the light.

The heart-wrenching message communicated through the beauty and drama of the dress sparked international interest. We have been fortunate to display the dress all over the world, from New York to South Africa, from Madrid to Seoul. And at every landmark we invite local LGTBI+ ambassadors to partake in our project, helping them amplify their message to the local community and to the world.

In its four-year existence, we had the absolute pleasure to replace the flags of Angola, Belize, India, Botswana and Trinidad and Tobago with rainbow flags. Sadly, the flag of Chad had to be added.

The Amsterdam Rainbow Dress continues to draw attention to international human rights and state-sponsored homophobia. Not only by displaying the Dress, but also through presentations, workshops and missions in cooperation with local organizations, schools and businesses.

Join us in our effort to raise awareness of state-sponsored homophobia, universal human rights for LGTBI+ and replacing every nations flag one-by-one, to create one unifying Amsterdam Rainbow Dress.

The whole team behind the Amsterdam Rainbow Dress Foundation would like to thank all the support from partners worldwide and the COC Amsterdam, the Amsterdam Museum, The Dutch Ministry of Foreign Affairs and the Amsterdam City Council and The ABN AMRO Culture Fund in particular.

If you would like to invite the Amsterdam Rainbow Dress for a presentation or to create program aimed at diversity and inclusion, please contact us.