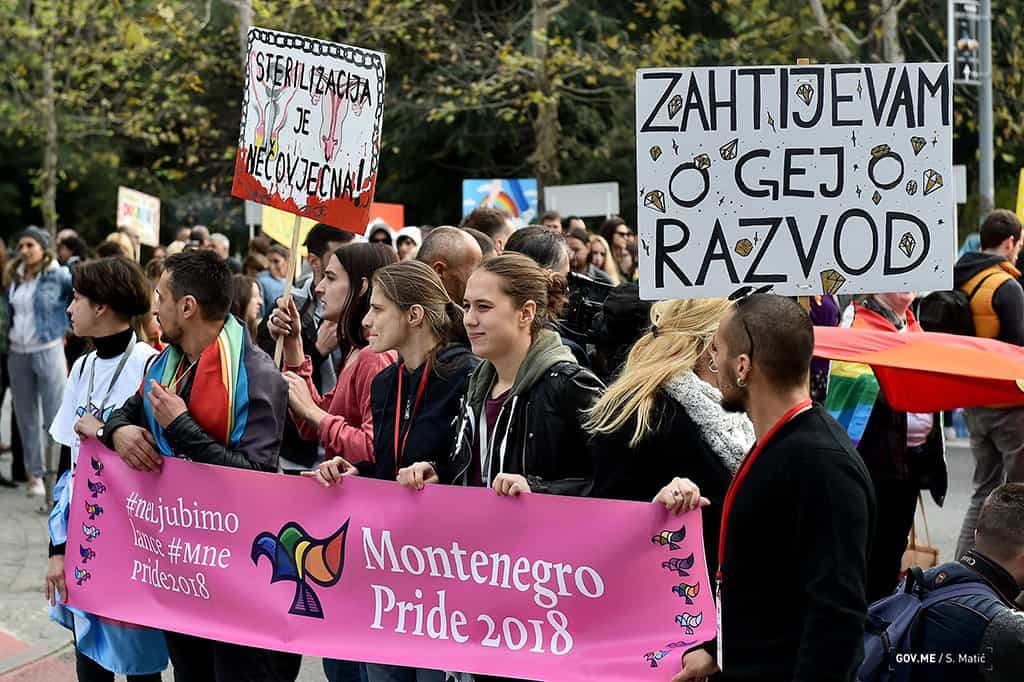 In a time when most gay related news coming from eastern Europe isn’t very hopeful, there are these great actions of countries that move in the right directions.

Eastern Europe is a region where homophobia is on a continuous rise; Poland reelects president Duda who ran a homophobic campaign, and Hungary’s president Orban introduces law after law to reduce LGTBI+ rights. This being fed and supported by the openly anti-gay sentiments coming from Russia.

Pessimists claim Montenegro only made this change to appease EU leaders to further its candidacy in becoming a full EU-member. Even if that were to be true, the undeniable fact remains that gay rights and same sex unions are now officially recognised by law. It gives an important signal that all relationships of any sexual orientation based on love, must be recognised and respected.

And any move in that direction is applauded by The Amsterdam Rainbow Dress!

Or by the words of prime minister Duško Marković himself:

“A great step in the right direction for MNE society, its democratic maturity & integration processes. Equality & same rights for all are the cornerstone of human and European values”