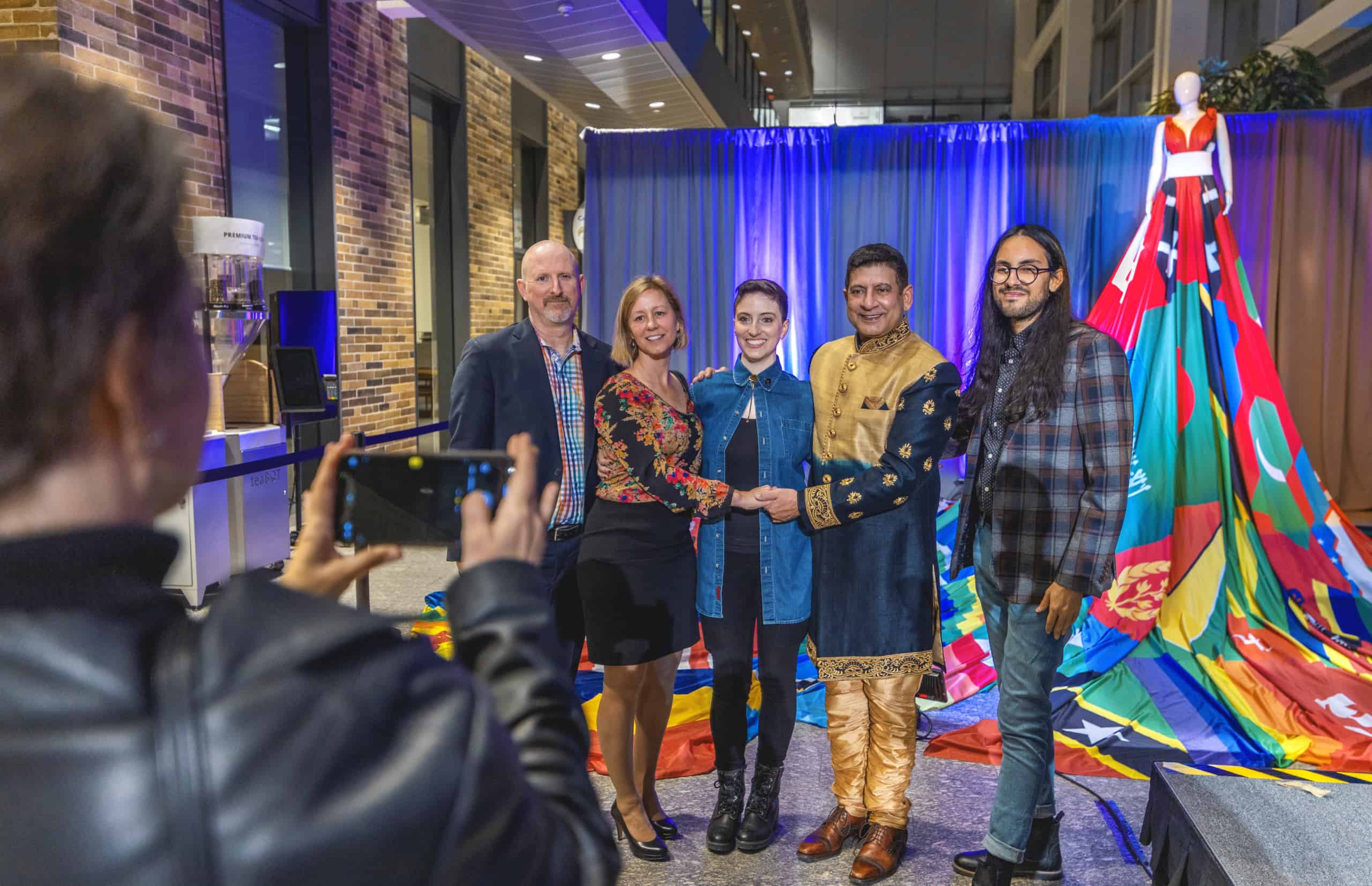 From December 5th–11th 2021 the Amsterdam Rainbow Dress Foundation visited Canada. Invited by the Dutch embassy in Ottawa, the dress was presented at Ottawa City Hall, hosted by the honorable Mayor Watson of Ottawa. Photoshoots at the Canadian History Museum and the National Gallery of Canada rounded up the Ottawa part of the trip. For the second part of the Canada visit we moved to Toronto for another presentation and photoshoot at Canada’s landmark the CN Tower.

In addition, the foundation’s representatives were part of a discussion program on LGBTIQ+rights at the Dutch Embassy in Ottawa.

During our stay we spoke of our mission on several television and radio shows, in addition to the dress being showcased on the front page of newspapers and magazines.