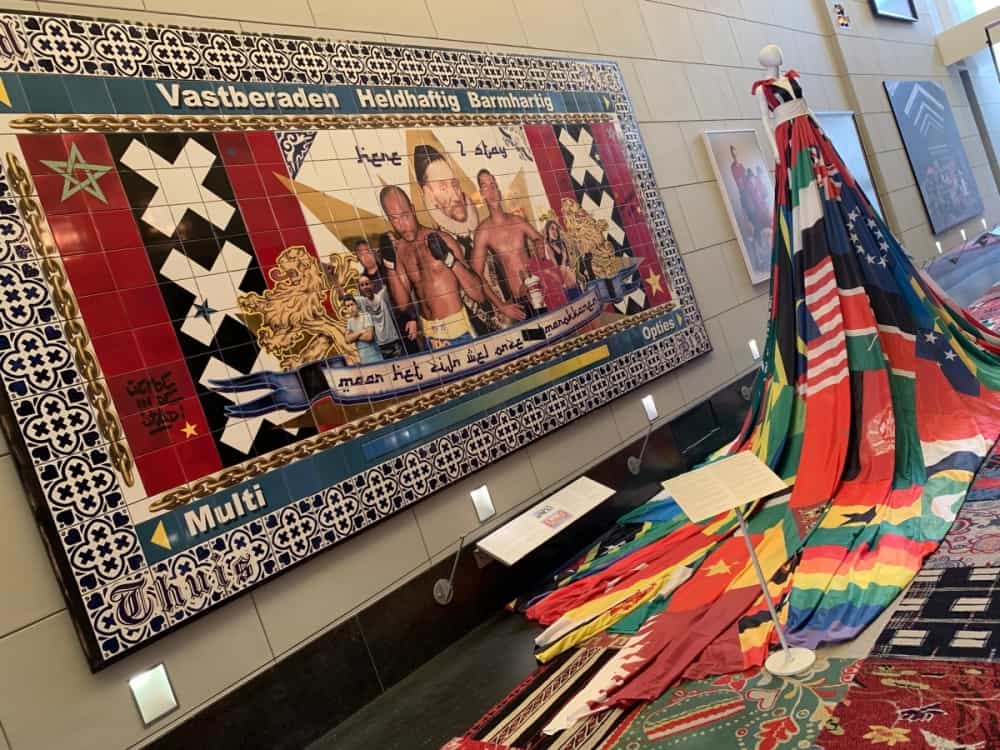 The Amsterdam Rainbow Dress was shown throughout the pride week in the museum where we organized a Gallery Talk with LGBTI + refugees on 31 July.